When homeowners see signs of a roof leak, they should schedule an appointment with a roofing contractor as soon as possible. If the shingles are 20 or more years old, it's probably time to consider full replacement. In contrast, a newer roof may have one small flaw that can be repaired. In many cases, the leak is due to problems with flashing around the chimney and exhaust pipes. Another relatively common issue is the development of dark streaks that roofers can eliminate.

Placing a bucket under a leaking area every time rain falls is an ineffective way of dealing with the problem. Long-standing leaks may gradually cause structural damage inside the house. The homeowners may need to have a contractor replace some of the lumber as well as plaster in the affected areas. Moldy insulation would have to be removed and replaced.

After the current roof problems have been resolved, homeowners can prevent future leaks by scheduling annual or twice-yearly inspection and maintenance with a professional roofer. This contractor seals all the features that tend to create problems. Corroded flashing should be replaced.

Roofers also can sweep away organic debris that has accumulated in the valleys. That debris prevents shingles from drying out after rain or as snow melts. That moisture causes faster deterioration. Moss growth is removed as well.

If the homeowners prefer to have the maintenance service done only once a year, they must remove that organic debris some other way. Someone in the household might take responsibility for the project, or they could hire a handyman. Ideally, the work would be completed at least once in spring and once or twice in autumn, when most of the accumulation occurs.

Another problem some homeowners have is vertical streaks developing on the shingles that look like dark stains. This is distressing because it decreases the beauty of the home. These streaks consist of algae that roofers can remove and prevent from growing again. They wash away the algae by spraying it with a chlorine bleach solution and rinsing the shingles with water about 15 minutes later.

The preventive method involves installing zinc strips on top of the roof to release ions during rainfall. This is an entirely natural and environmentally friendly method for stopping algae growth.

Putting a fast end to roof leaks is imperative to prevent damage inside the building. Homeowners also may want some cosmetic attention to the roof for eliminating and preventing dark streaks. Contractors providing roofing repair service are ready to complete the work for homeowners as soon as it can be scheduled. 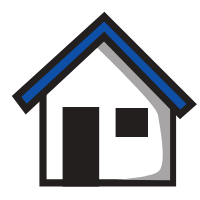 When you think about it, being able to call someone who can climb up on your roof and make repairs is pretty awesome. This is not work that most homeowners would want to do, or really should do, on their own. But roofers have the proper training and equipment to safely navigate your roof and keep those shingles in tip-top shape. They know how to anchor themselves properly, what nails to use where, and when a shingle needs to be replaced. We think that after you read more articles about roofers, you'll gain even more appreciation for them. Start that reading right here on our site.